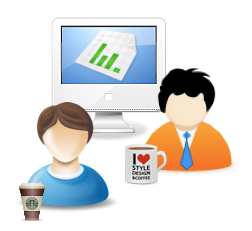 Everyone has data in Microsoft Office Excel and knows how to use it. So far so good, but how to score this data using predictive analytics? The answer: by using the new Excel add-in developed by Zementis.

With the ADAPA Add-in for Microsoft Office Excel, anyone can access the power of predictive analytics directly from their desktop, no matter what kind of coffee they like to sip or attire they prefer to wear. Predictions are now literally at your fingertips.

ADAPA is a standards-based decision engine that executes predictive models expressed in PMML on-demand. The ADAPA Add-in allows users to score data and execute models from inside Microsoft Office Excel (2007 and 2010). This is remarkable, since it frees users from having to deal with all the technology required for deploying and executing predictive models. With the Excel add-in, all one has to do is to select the data for scoring (or the columns containing the relevant data) and pressing on the "Score" button in Microsoft Office Excel ... et voila' ... scores are generated automatically for every single data row. It does not get easier than this. 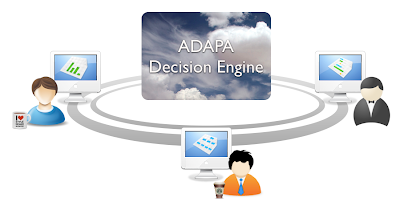 When talking about predictive analytics and data scoring, the first thoughts that come to mind are complexity and cost. The traditional way of deploying and executing predictive analytics usually involves the purchase of expensive software and hardware as well as a lengthy process of rewriting data transformations and the model itself in an environment other than the one used to develop the model. 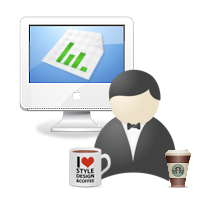 This picture has changed considerably with the advent of PMML (Predictive Model Markup Language), the de facto standard to represent predictive models. PMML allows models to be represented in a single and concise format across disparate environments. The advent of cloud computing and SaaS (Software as a Service) add to the new way of deploying and executing predictive models, since now there is no need to spend an arm and a leg on software and hardware licenses.

When open-standards and cloud computing collide, a revolution is bound to happen. Zementis has placed itself in the center of this revolution. First, it offered its PMML-based decision engine in the Amazon Cloud as a Service. Now, we are releasing the Excel add-in so that anyone in the enterprise is able to score data in Microsoft Office Excel by executing models previously deployed in the Cloud. Users that work with an on site license of ADAPA, can also benefit from this new exciting Zementis product, since it works with models deployed either on the Cloud or on Site.