As you probably know, Apache Hadoop is a Java-based framework that supports the parallel processing of large data sets in a distributed environment, to scale cost-effectively to thousands of servers and petabytes of data. Hadoop was inspired by Google's MapReduce which is a software framework patented by Google to support distributed computing for large data sets.

Now, imagine being able to execute predictive analytics on such a scale? And, guess what? It just became a reality. 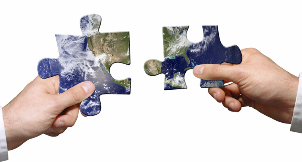 Datameer is a provider of big data analytics based on Hadoop. Their solution includes data source integration, storage, an analytics engine and visualization. With the Universal PMML Plug-in for Datameer, the Zementis PMML-based platform for predictive decisioning is now available for companies all around the globe to easily deploy, execute and integrate scalable standards-based predictive analytics on a massive scale.

Based on PMML, the Predictive Model Markup Language, UPPI for Datameer is able to execute predictive models as well as data pre- and post processing for solutions built in PMML compliant applications.

Conceived by the Data Mining Group (DMG), PMML is the de facto standard to represent predictive solutions. In fact, it is today supported by all the top commercial and open source analytics tools including IBM/SPSS, SAS, Microstrategy, KNIME, Rapid-I, Zementis ADAPA and several others (click here for a complete list).

Standards-based predictive analytics on a massive parallel scale is here!

Datameer/Zementis Webinar: The Power of Big Data and the Insights of Predictive Analytics

This webinar features the Universal PMML Plug-in (UPPI) for Hadoop and demonstrates common use cases for predictive analytics with the use of Datameer.

In this webinar, you will learn how to deliver instant and scalable scoring on Hadoop for big data while retaining compatibility with most major data mining tools through PMML, the Predictive Model Markup Language. It features Alex Villamil from Datameer and Dr. Alex Guazzelli from Zementis. Dr. Guazzelli starts with an introduction to PMML and UPPI. He is then followed by Alex Villamil who gives a brief introduction to Datameer and a demo of all its capabilities including the scoring of predictive models.

VIEW ON DEMAND REPLAY OF THE WEBINAR